Flag crews from Fort Main, Avenue of Flags and South Sally Ramp learn their roles as they fold a large flag. It's not as large as the Garrison at Fort Mackinac but still a good size. If flown, the Scouts will fold the flag on the prade ground at the fort. 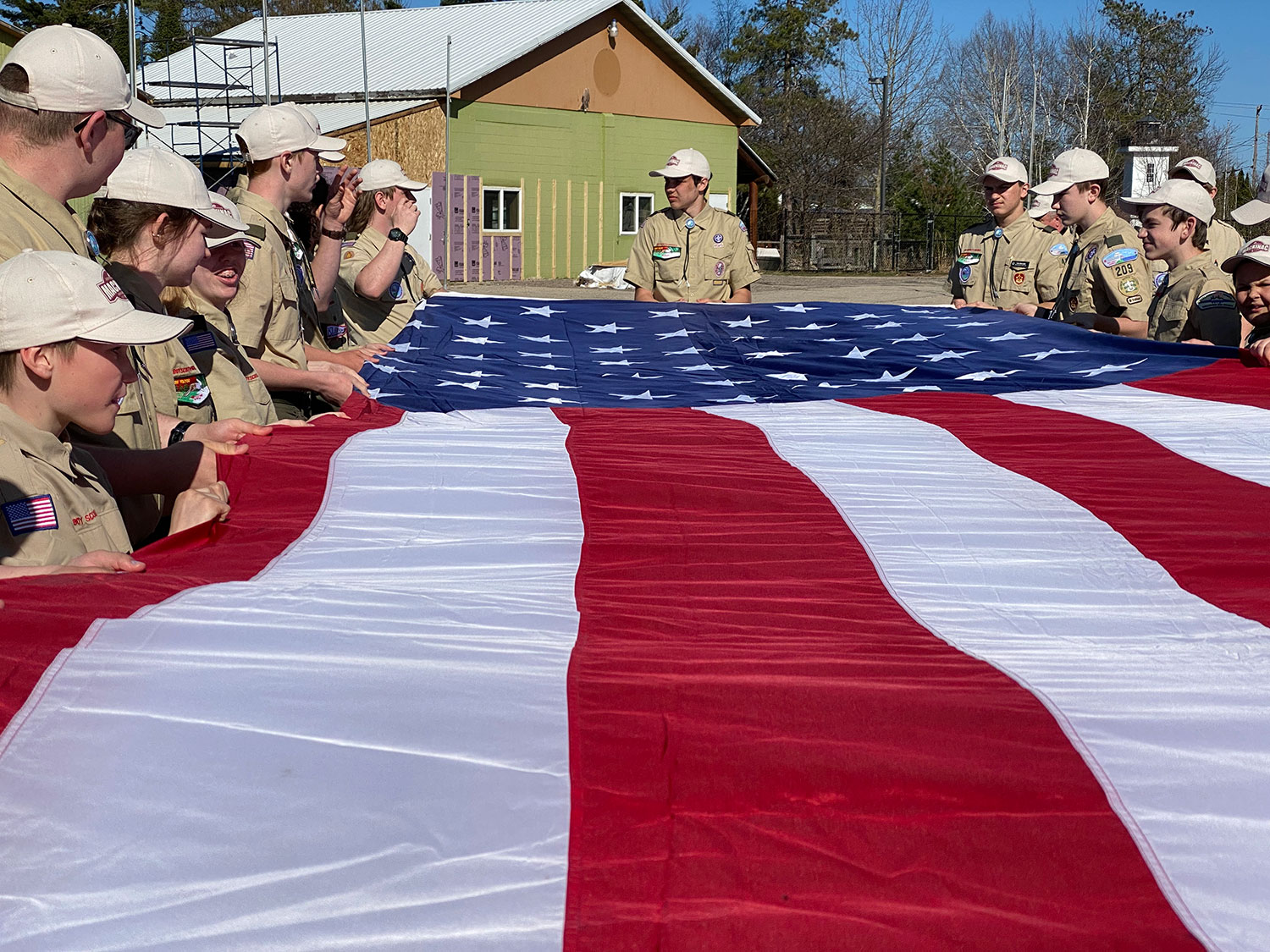 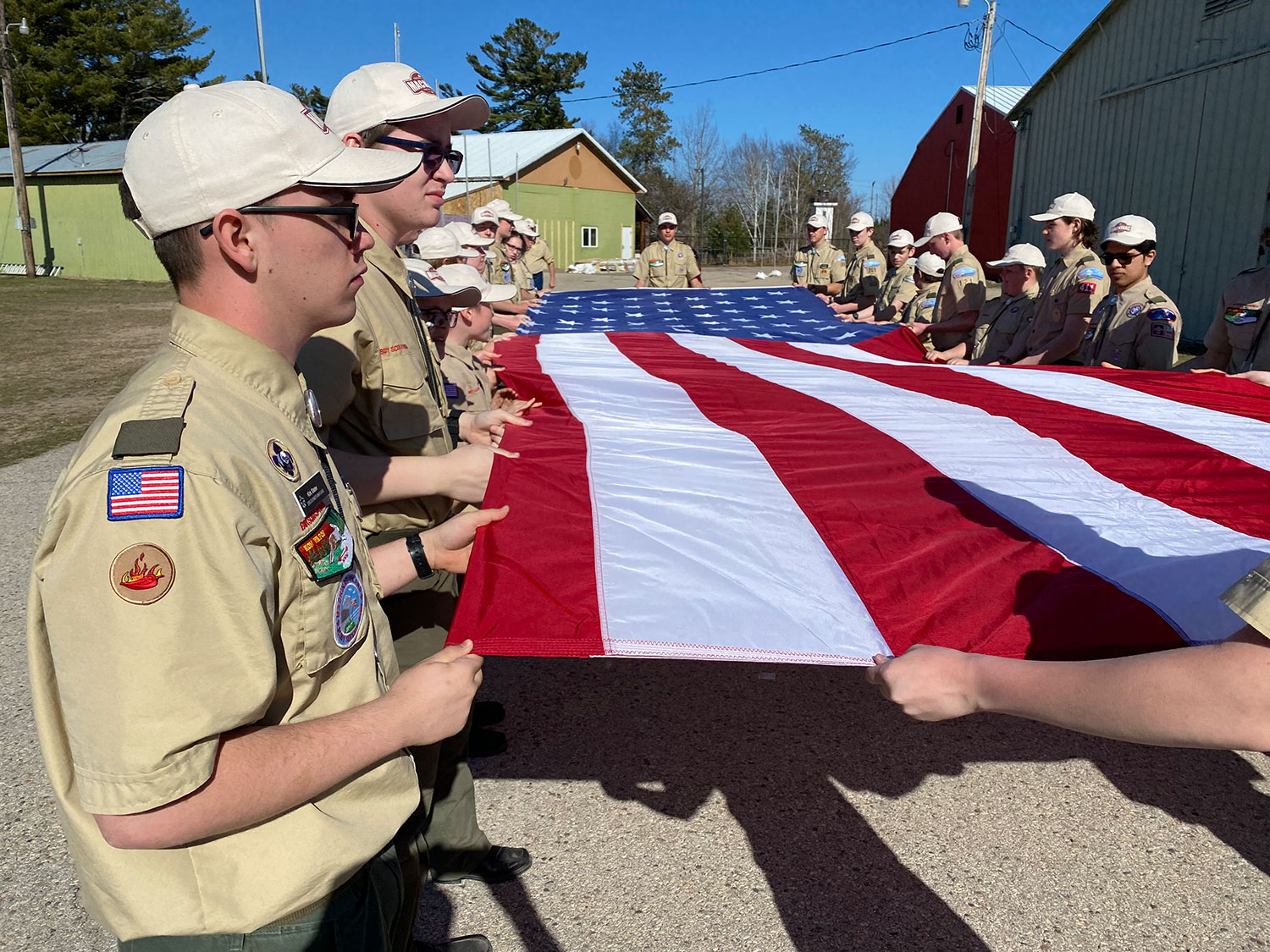 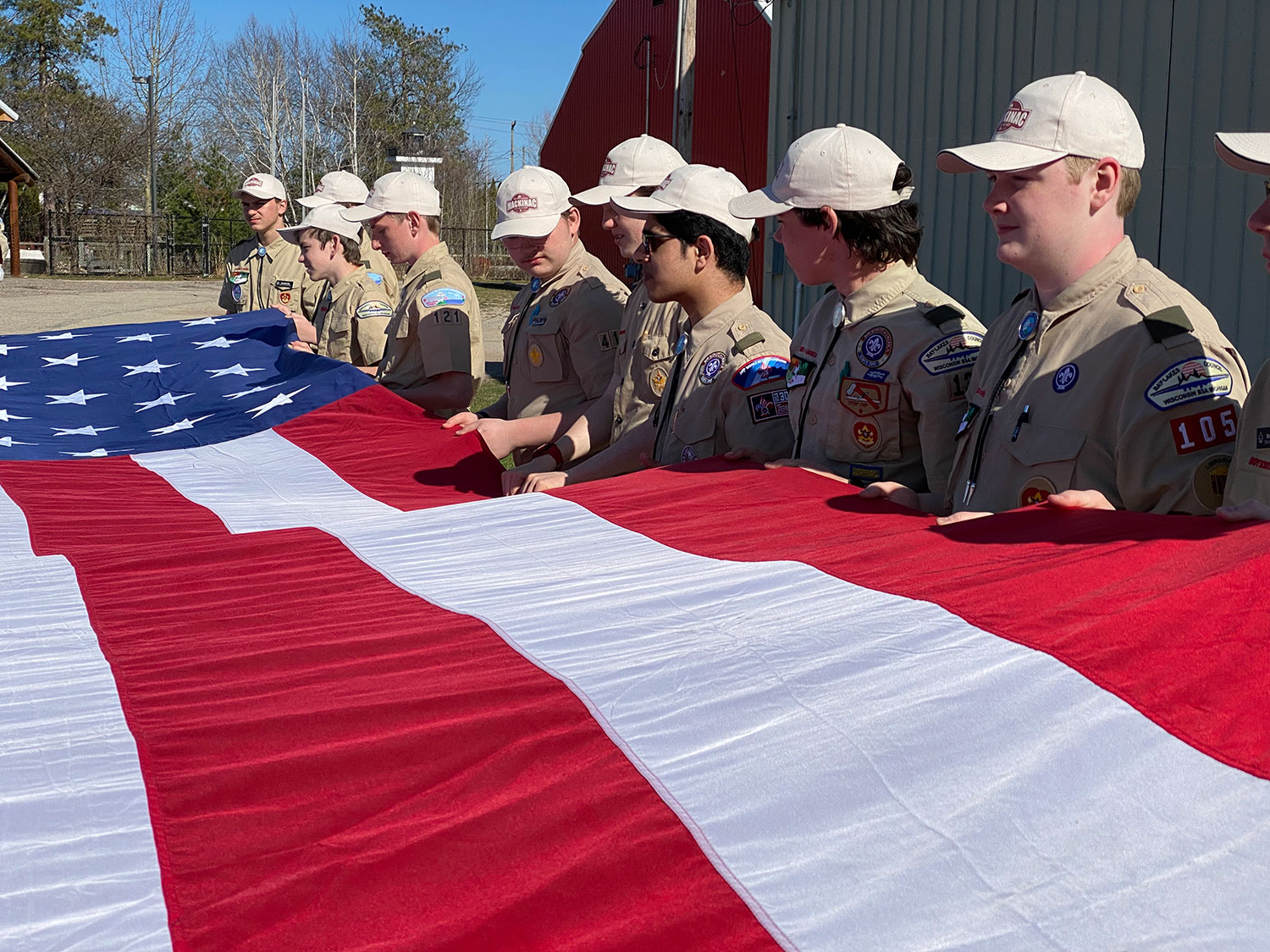 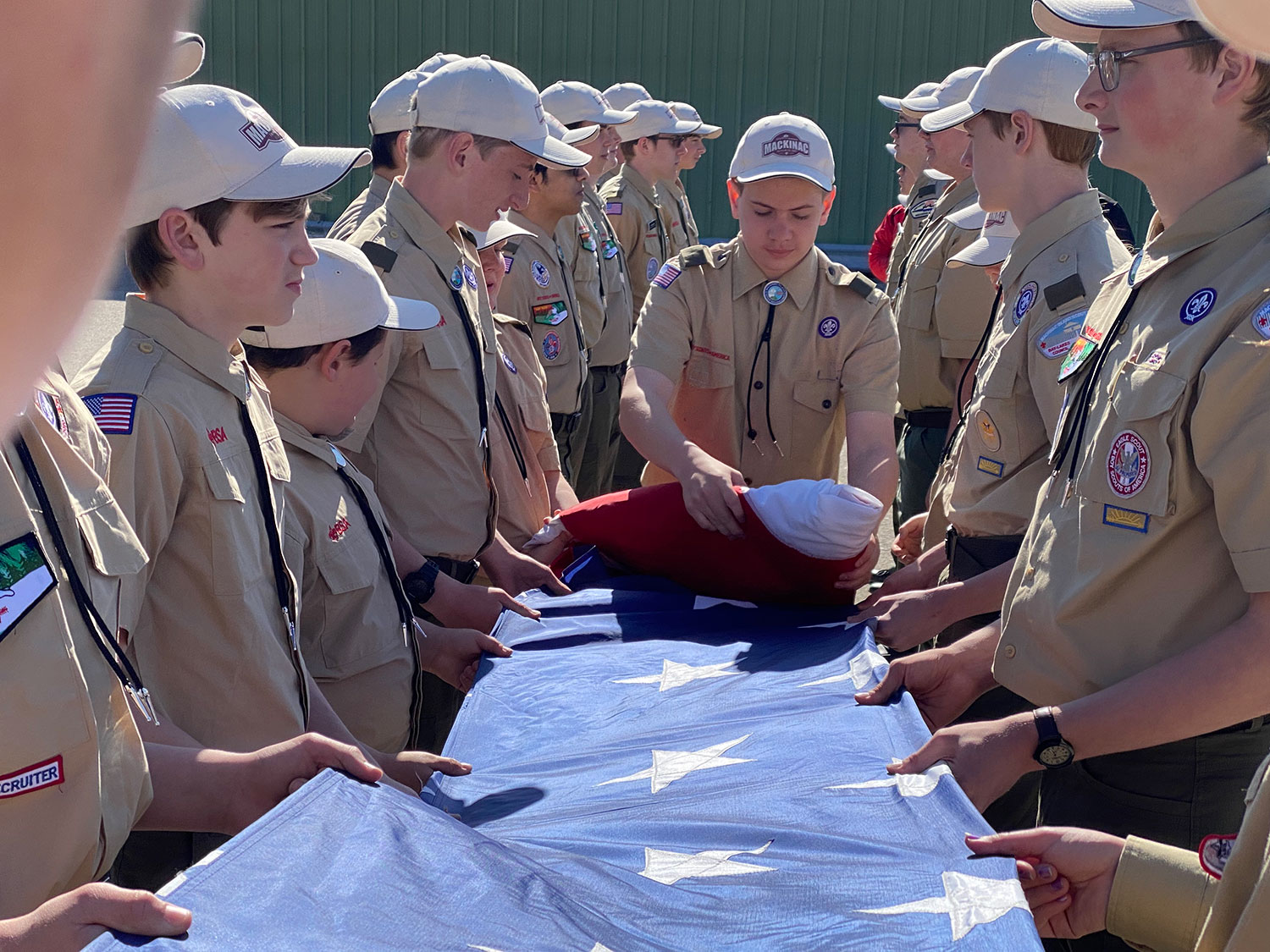 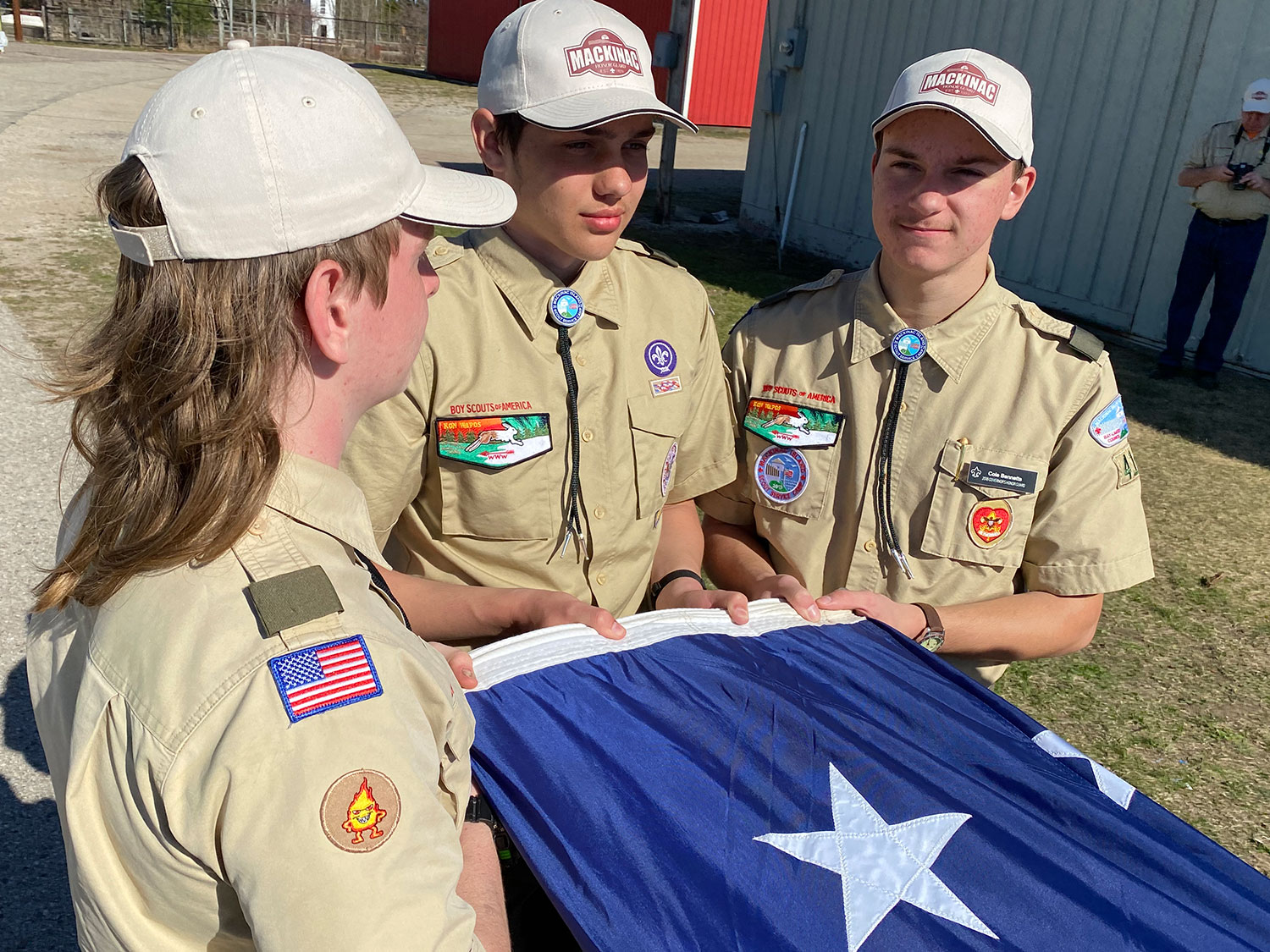 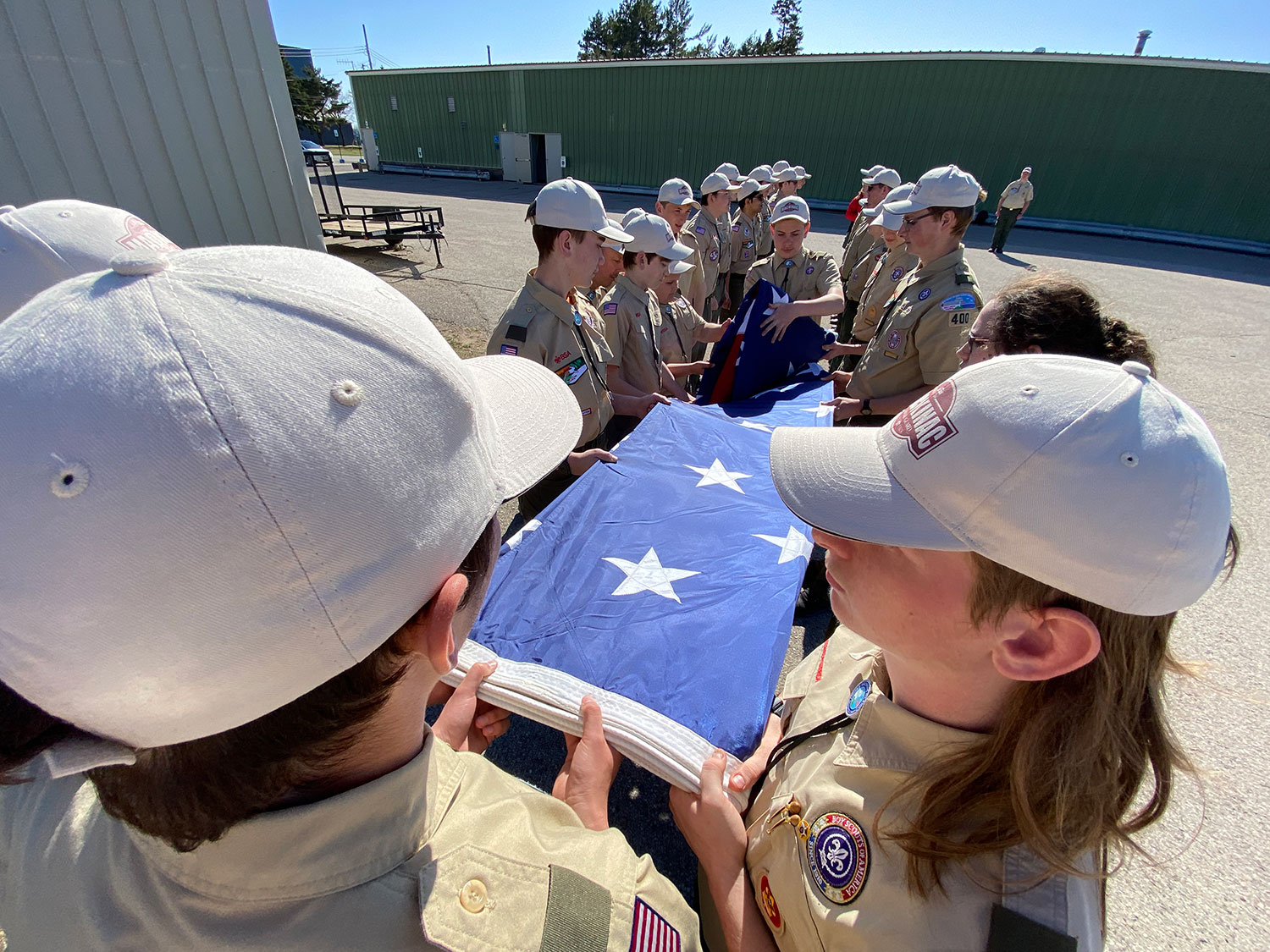 The Mackinac Troop made TV6 news. Cole did a great job representing the Troop in the interview as Senior Patrol Leader. The reporter took video of the different training sessions — flag folding, guide duty, flag raising and lowering and marching. It was on at 11 p.m.

Our second MISSC training is underway. Flag lowering on Friday night at the U.P. State Fairgrounds. 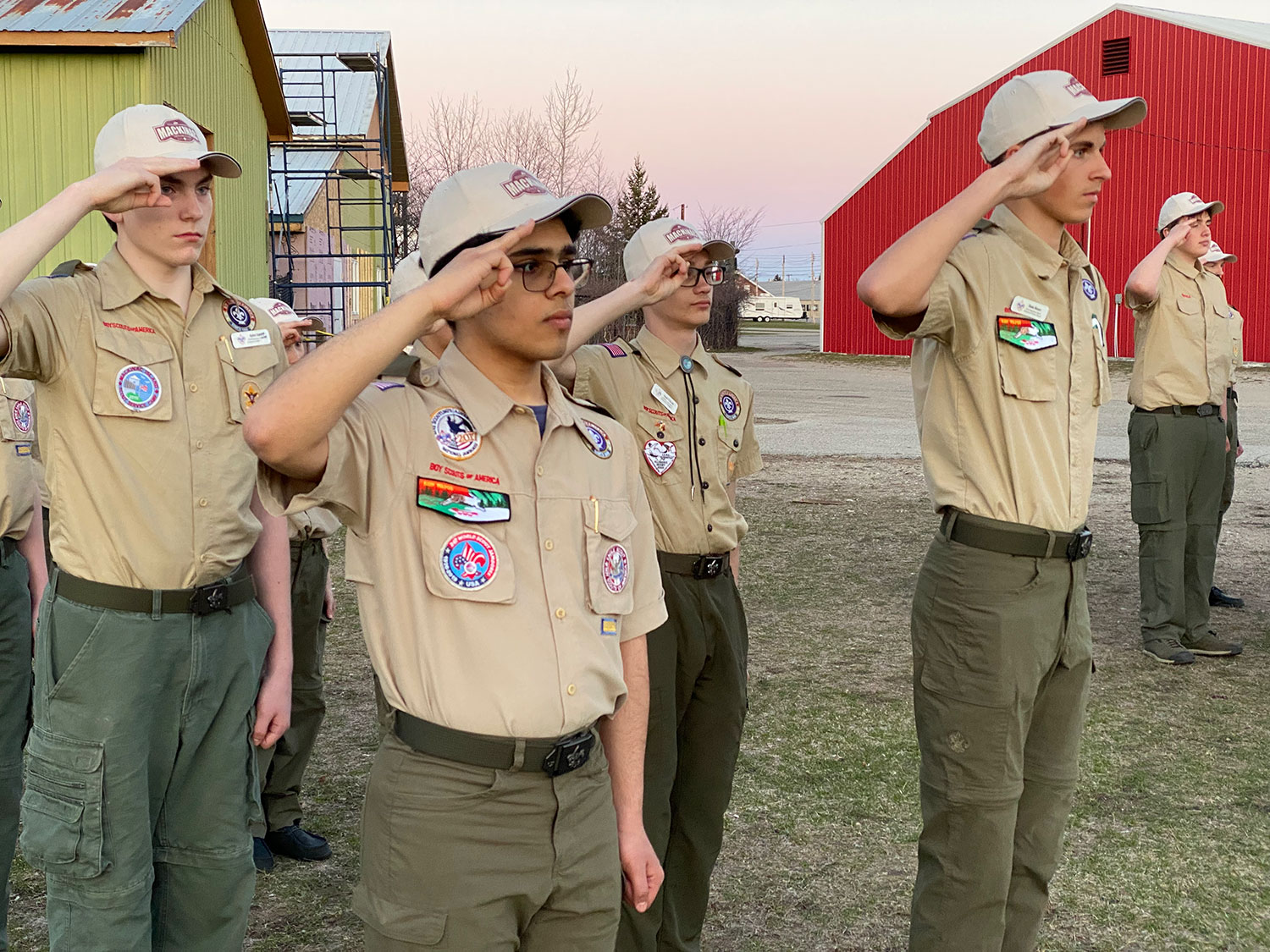 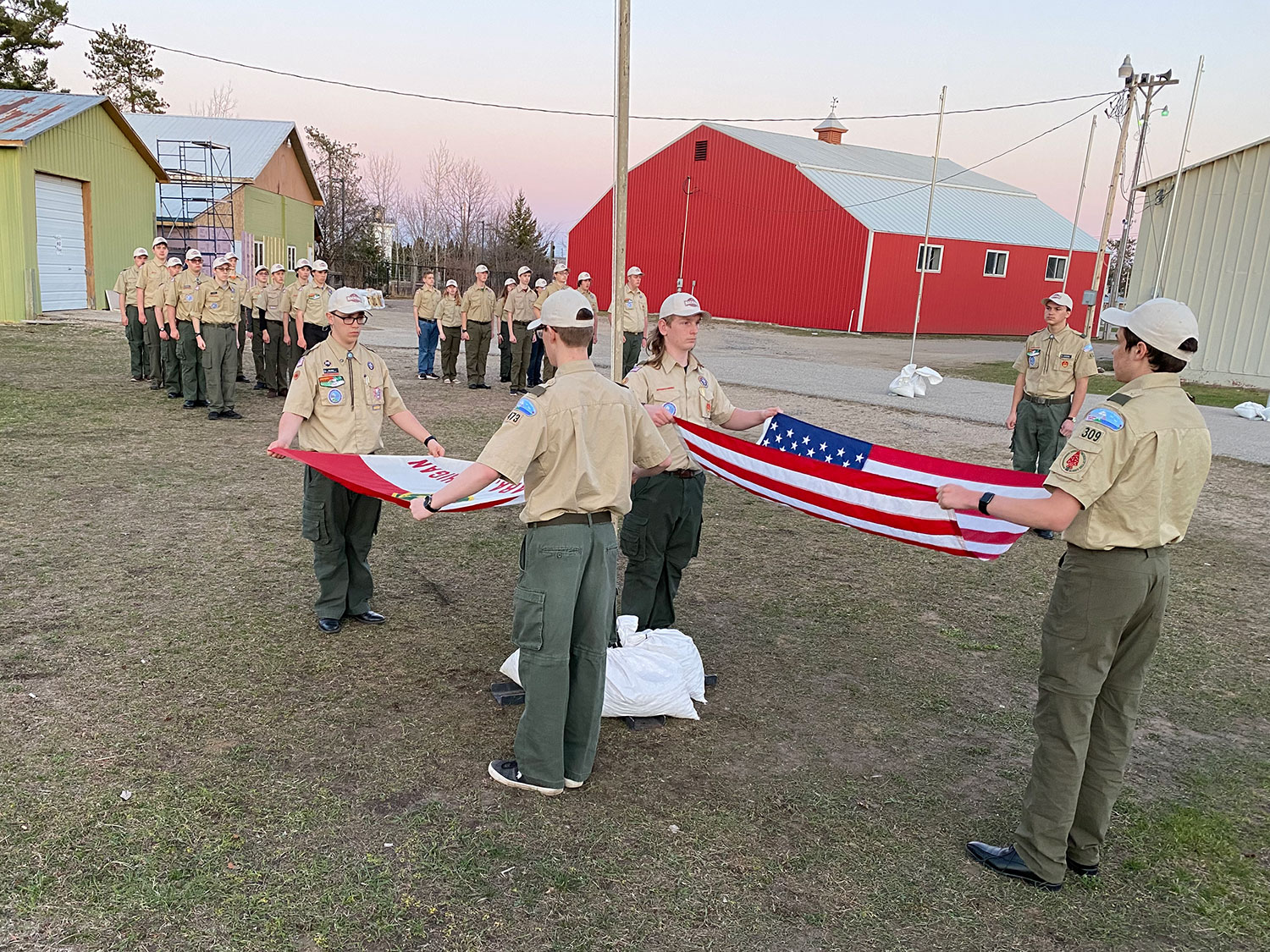